Raising a child with special needs can feel lonely.  Evan’s therapy makes us feel like we can do this and Family Hope Foundation lets us know that people in our community care enough to invest in our child’s development and potential.

Evan is a five-year old boy who loves trains, with Thomas the Train being his favorite. On a recent trip to Pennsylvania, the Witter family took Evan to a Day Out with Thomas. They were unsure how he would cope with a life-sized Thomas, not to mention the crowds, but he loved it! The day was a huge success. Trips like this have not always been successful for Evan and his family though. Very early into his childhood there were signs that Evan was not developing like his siblings. At almost three years of age, he spoke very few words and had no interest in making attachments or engaging in play with others. One of the most difficult differences for his family to cope with was that he showed no interest in making emotional connections – he wouldn’t even respond when somebody called his name. His only interactions with his mom were purely to meet his basic needs. Mom says, “If Evan wanted a drink, he would grab my hand and bring me to the kitchen to refill his sippy cup but that was it. Unfortunately, for my husband, there was no connection.  He would try to bring Evan trains or other toys to play with but Evan just got up and walked away. This was also the same with his three siblings. It was heartbreaking, especially for my husband who is a very involved parent.”

Evan was diagnosed with autism and speech and language delays. He immediately began therapy with Early On but as he aged out of the program, Evan’s parents didn’t have a clear plan for the next steps. A casual acquaintance made the recommendation for therapy through the Center for Childhood Development, a suggestion that has turned out to be life changing. Evan is currently receiving both speech and occupational therapy. Mom said, “With patience and a very gentle approach, his therapists have found things that interest Evan. They get down on his level and they let him take the lead.  What started as independent play eventually moved to side-by-side play. Consistent encouragement finally led to interactive play. Evan has now learned how to play and interact with others. I am present during his sessions and I feel empowered by the therapy he is receiving because I can transfer what I learn into our home.”

Therapy has helped Evan to build relationships with all his family members. For dad, this is especially meaningful. Today they engage in play together, especially with the trains he loves so much.  He will also show affection, something that mom and dad both treasure. Evan’s personality is blossoming and he is a happy and loving child. The milestones Evan has met are huge. “Raising a child with special needs can feel lonely.  Evan’s therapy makes us feel like we can do this and Family Hope Foundation lets us know that people in our community care enough to invest in our child’s development and potential. The out-of-pocket cost is draining so this financial support is a much-needed reprieve. We just want to say ‘thank you,’ because this scholarship is a beautiful gift.” 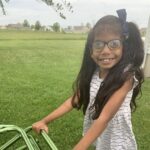 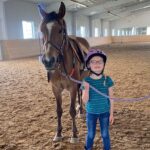